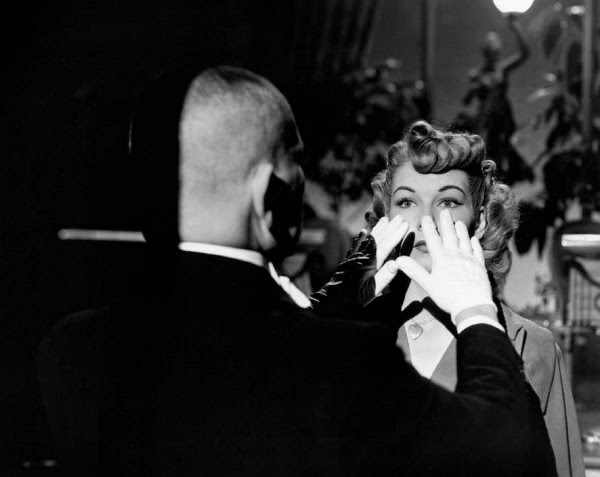 
THE MASK OF DIIJON, directed by metaphenomenal veteran Lew Landers, is one of those films, like THE FACE BEHIND THE MASK, that isn't precisely within the expected format of the horror-film. Yet DIIJON is definitely an uncanny film, given that it focuses upon the downfall of a master hypnotist who learns that he has gained the power to mesmerize people in ordinary life, not just on stage.

It's also patently a vehicle for lead actor Erich Von Stroheim, often billed as "the Man You Love to Hate." As an actor Von Stroheim plays along with this conceit. although Diijon is married, neither the actor's performance nor the script gives any indication as to why his wife Victoria ever loved him. Diijon is a magician with a ghoulish act involving the illusion of a living victim being killed beneath a guillotine's blade, but there's no hint that he has any passion for performing. His only passion seems to be to sit around reading books that teach him how to open the deep powers of his mind. Diijon only returns to the stage for pecuniary reasons, but in so doing, he comes to believe  that Victoria is secretly meeting with her ex-boyfriend Tony. His delving into secrets of the mind unleashes in him formidable hypnotic powers, which he then uses to seek revenge on his wife and her supposed lover. Naturally, things go wrong for the effete villain, leaving Victoria clear to hook up with the young, well-scrubbed Tony.

Von Stroheim is really the only element of the film worth watching, but there's not much he can do to juice up this by-the-numbers hokum. 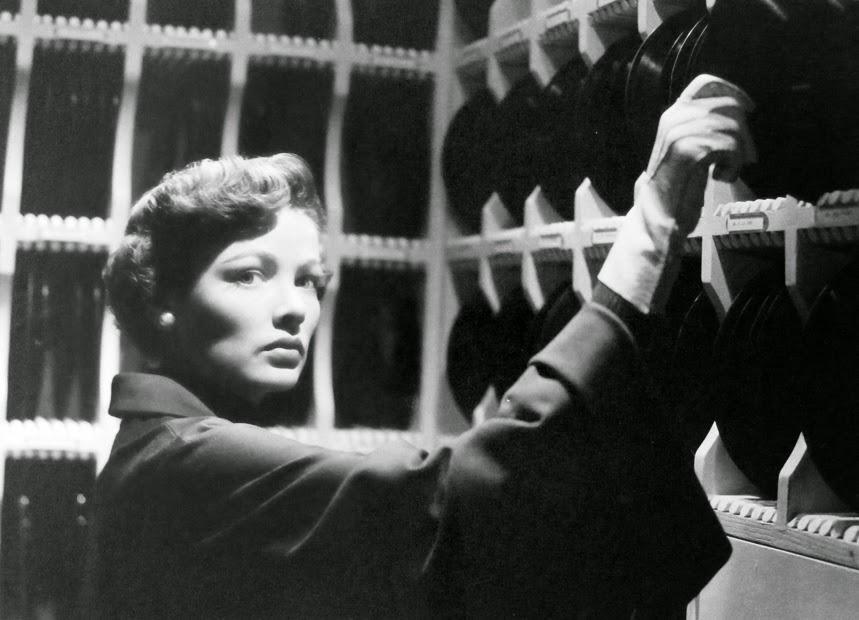 WHIRLPOOL is obviously an "A" production, boasting Otto Preminger as director and name-stars like Gene Tierney, Jose Ferrer and Richard Conte in the cast. Yet this film also shows very little insight in the handling of its psychological subject matter, coming off a bit like "road company Hitchcock."

Ann Sutton (Tierney) is a woman who seemingly has it all, being married to a well-off psychoanalyst (Conte). Yet one day she starts shoplifting, and is caught. Only the unexpected aid of a stranger named Korvo (Ferrer) saves her from prosecution.

Though the script was based on a Guy Endore novel and was adapted by acclaimed writers Ben Hecht and Andrew Solt, it never gives the audience a credible reason for Ann's psychological quirk. Its best shot at so doing is a knee-jerk Freudianism, asserting first that Ann married her husband William as a father-substitute when Ann's father died, and then that, for some reason, this led her to start stealing things.

Korvo is the most interesting character here. He's a smooth con-man who doesn't want to work for his daily bread, rather like the psychotic villain from the 1990 thriller PACIFIC HEIGHTS. To this end he has mastered the talent of hypnotism, and he uses it to control Ann's actions so that she becomes his patsy in a murder.  Most interestingly, Korvo even uses self-hypnosis in order to give himself an alibi for the killing.

WHIRLPOOL is a diverting enough melodrama despite its simplistic characters, but for me its main interest is that its hypnotic mastermind is about as "naturalistic" as a villain of this type can get. Whereas both WHIRLPOOL and DIIJON take place in contemporary environments, DIIJON creates a world where Von Stroheim's weird talents are a source of strangeness, propelling the film into the domain of the uncanny. But WHIRLPOOL never represents hypnotism as anything but a mundane talent, and so Korvo remains an entirely naturalistic character.