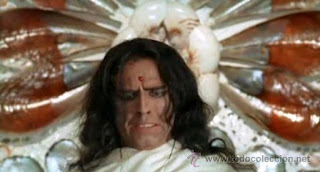 Since the bulk of this review will concern the differences between this film and the 1965 Terry Southern-Mason Hoffenberg source novel, I’ll focus first on the basic question of viewing-pleasure:  how much fun is it, to partake of CANDY?

First and foremost, most of the pleasure will be that appreciating the ironic structure shared by both novel and film: of watching foolish people profess high ideals that are mere camouflage for their real obsessions, which are sex, sex, and more sex.

That said, although the novel is explicit, the film is not, even though it was created in the decade of the Sexual Revolution and around the same time as Hollywood’s brief flirtation with the fad called “porno chic.” The titular character, named for Voltaire’s Candide, had even older roots in the trope of the “persecuted maiden” so prominent in authors like Richardson and Sade. The young woman wanders from pillar to post throughout the film, much as she does in the novel. However, unlike the novel-version, the film’s Candy is much more passive. Indeed, in one scene scripter Buck Henry and director Christian Marquand even suggest a visual comparison between Candy and a plastic female doll. I speculate that they did so to enhance the irony of all the frustrated sexual situations. Candy is generally willing to oblige her numerous suitors, but with one exception she shows no indications of any pleasure herself—which, in theory, should make the film’s numerous coital interruptions amusing. Unfortuunately, one joke doesn’t get better with repetition, though it may be worth it to some viewers to stick it out, just to see actors like Marlon Brando and Richard Burton channeling their considerable talents into this form of humor. (On a personal note, I like Burton’s performance as the stentorian Professor Mephesto better than most of his rather bombastic “serious” performances.) Ewa Aulin does a nice job of giving Candy a winsome, bewildered quality, but though she’s sexy, her characrer is not. So the film’s entertainment value stands or falls—so to speak—on one’s investment in the various thespians’ efforts with the repetitive material, ranging from the excellent (Burton), the good (John Astin, playing both Candy’s father and her uncle), and the stunty (Ringo Starr as the Mexican gardener Emmanuel).

Since the film is episodic, it’s easiest just to make a list of comparison-poiints, ergo:

*Whereas the novel is naturalistic, with the exception of one debatable incident at the end, the film opens with a scene of a great ball of light descending to Earth and then changing into Candy. Alien-Candy then stares blankly at the movie-screen, and somehow transitions herself into the life of Earthling-Candy Christian, who then spends the bulk of the film acting like nothing but an Earth-woman placed in peculiar circumstances. After Earth-Candy has run her destined gamut, she walks impassively through a “revue” of all the weird people she’s encountered, and then morphis back into light and returns to the heavens. One speculation is that Alien-Candy simply extrapolated all of the events in the life of Earth-Candy in a prolonged dream-sequence, but I don’t think most viewers will dwell on the point overlong.

*Mephesto’s attempted seduction of Candy is actually an improvement on the scene in the book, though the former no longer gives the professor a homosexual lover.

*As noted before, the Southern-Hoffenberg Candy is actually quite interested in sex, and she foolishly invites Emmanuel to pop her cherry in her own house. This leads to her father—who has, we are told, experienced licentious dreams about his daughter—bursting in on the two young people. When Mr. Christian attacks Emmanuel, the gardener defends himself, wounding the older man in the head with a trowel—not quite Oedipus wounding his own daddy, but definitely in the same Freudian arena. In the film the encounter is more a matter of misunderstanding, which prompts Mr, Christian, along with his brother Jack and Jack’s wife, to take Candy on a trip. Christian still receives a head-wound that puts him the hospital, but it’s acquired when three bizarre motorcycle-riding women—identifying themselves as Emmanuel’s sisters— try to kill Candy for defiling their brother.

*After Mr. Christian is wounded, the family hitches a ride with a detachment of soldiers, led by a terminally stupid officer (Walter Matthau). This resembles nothing in the book, and was probably added with the idea of appealing to the contemporary “youth crowd.”

*In one of the book’s most explicit sex-scenes, Uncle Jack—who’s the very image of his more repressed brother—actually manages to hump Candy in the room (and on the bed) of his comatose sibling. In the film Uncle Jack misses the boat. As in the book Mr. Christian somehow wakes from his coma and simply leaves the hospital amid a lot of confusion, and remains missing for most of the narrative.

*The book’s hospital-scenes work a little better than those in the book, as Candy becomes inttigued with a handsome young doctor named Krankheit, No romantic interest obtains in the film, for Krankheit is played by the rather older James Coburn, and the doctor’s scenes lose something given that the film can’t get into his head. The same applies to Krankheit’s superior Dunlap, and to Krankheit’s mother, who works as a lowly scrubwoman in order to be near her son. The book’s version of the latter was a typical “Jewish mother,” but for some reason Henry’s script changed her stereotype to that of a protective Italian mother.

*The film throws Candy into a party of drag queens for a while-- a longer sequence than it is in the book-- and then gives viewers her most extended encounter with a sex-hungry phony: Grindle the fake Hiindu mystic (Brando). In the book Candy encounters Grindle in a commune called “the Crackers,” but in the film Grindle is a lone practictioner, quixtotically maintaining his pseudo-Hindu temple within the back of a big-rig truck. Grindle “initiates” Candy in rites of enlightenment, and though Candy remains unassertive, at one point she does start to wear down the sex-hungry guru. Curiously, although the film’s Grindle is as much a fake as the book-version, he prophecizes—correctly—that Candy will led to her final enlightenment by a “sacred bird.”

*After separating from Grindle, Candy does indeed follow a bird, and meets a robed acolyte in the desert, a man whose face is concealed by layers of white ash. He takes her to a Hindu temple and, as in the book, Candy importunes a gigantic idol to show what she seeks. This is the book’s one arguable metaphenomenal moment,. Though the book's authors furnish a naturalistic explanation-- a bolt of lightning simply strikes the temple-- in both narratives it seems as though the god responds to Candy by causing the temple-roof to fall in. For some reason, in both stories this event leads to Candy having sex with the acolyte—who turns out to be the missing Mr. Christian. This ends Candy’s adventures in both book and film, though the film continues a little longer, showing the aforementioned revue and Alien-Candy going back to the stars.

It’s hard to know how any of the people involved in these narratives meant the audience to interpret this climax (pun intended). Candy is a flat stereotype, with no real psychology, so what’s the point of showing her to be implicated in daddy-desires? Was there some idea of ripping the veil from the Freudian underbelly of life, in addition to the titillation of indulging in “dirty old man” fantasies? Taken as a silly, trippy sex-fantasy, CANDY like its source-novel offers a few diverting moments. But if one wants Freudian fantasies with more intellectual heft, I’d recommend both BLOOD AND LACE and HANDS OF THERIPPER over the delectations of CANDY.
Posted by Gene Phillips at 11:12 AM
Email ThisBlogThis!Share to TwitterShare to FacebookShare to Pinterest
Labels: the marvelous