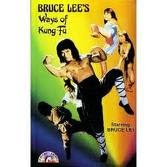 For both films in the header:

Kung fu films, like films about Tarzan and his assorted imitators, rarely get extensively treated in film-fantasy concordances. Probably most encyclopedists would balk at trying to suss out which of the thousands of chopsocky programmers have significant fantasty-content, and I can't say I blame them. I enjoy the things, and I have to admit that these two sublimely stupid kung-fu outings-- which came to me on a single Netflix disc-- would prove daunting to anyone not already wedded to the genre by better outings.

Be that as it may, kung fu films are also a challenge to my categorization system. A comparative minority of them delve into the realm of the marvelous fantasy, while the majority would rate as "atypical" in that they're just about good guys beating on bad guys in a purely isophenomenal realm.

But there are some, like these two programmers, that fall into the realm of the uncanny because they portrary skills or weapons that are just a little too weird to belong to either "pure reality" or "pure fantasy."

BRUCE LEE'S WAYS OF KUNG FU is the more outrageous of the two. The plot, such as it is, concerns a nasty old man who lives in a cave-sanctuary with 18 young kung-fu hotties, who may or may not be his natural daughters. (The old coot is seen bedding at least one of them.) Because he's killed lots of people, various heroes keep trying to invade his sanctum and kill both the coot and his daughters, who possess amazing kung-fu skills and weird weapons. The weapons in particular edge this opus into the realm of the uncanny, including such familiar HK-cinema devices as (1) fans that can shoot multiple-darts and (2) "extending sashes," sashes which can somehow roll out from the attacker's hand and snare an opponent like a whip. Naturally, the ladies kick all the heroes' asses in the early chapters. Then the heroes regroup, learn more kung fu, and destroy the evil old man and his maybe-daughters.

There's one moment here that verges on the metaphysical. One hero escapes the sanctum by falling into a river, where he's rescued by a coffin-maker. In a real myth, this would signal the hero's entrance into the Land of the Dead. I don't think I'd give the filmmakers that much credit, but the potential is there.

Even lower on the mythicity scale is POWERFORCE. Apparently the original title was DRAGONFORCE, which is the name of an elite bunch of modern-day kung-fu crimestoppers led by a Bruce Lee imitator. The good guys go after a cadre of kung-fu evildoers who maintain a band of ninjas on the payroll. Ninjas, as costumed figures, can at times assume the aura of the uncanny but the ones here aren't anything but a bunch of rent-a-thugs. However, the one aspect of the plot that does betoken the uncanny is that the villains plan to brainwash a princess to do their bidding. If they'd used your basic sci-fi skullcap-doohickey, that would have pushed the film into the realm of the marvelous. But these villains, being lower-tech, do it with a special process of acupuncture (not to mention copious scenes of female nudity).

To be sure, better examples of the "chopsocky-uncanny" are out there. Hopefully I'll come across some of them later.
Posted by Gene Phillips at 2:16 PM
Email ThisBlogThis!Share to TwitterShare to FacebookShare to Pinterest
Labels: combative adventures, diabolical devices (u), outre outfits (u), superlative skills (u), the uncanny