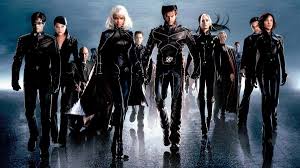 
Seventeen years after the fact, X2 remains the Gold Standard among live-action X-Men movies. To be sure, one can also see in Byran Singer’s second outing many of the same mistakes that plagued later entries in the series. Most of the “problem areas” arise not from any intrinsic faults of Singer, though.

In an ongoing comic-book series, it rarely matters whether or not every character in a super-group gets a defining moment in a given episode. In the graphic novel GOD LOVES, MAN KILLS—a major source for the script of X2—the nature of the story places so much emphasis on the conflict between mutant terrorist Magneto and religious fanatic William Stryker that the starring heroes are somewhat sidelined. Readers of such serials, though, don’t necessarily expect Cyclops or Storm don’t act as much more than spear-carriers, for they’re invested enough in the series to expect that eventually the creators will devote more time to Cyclops, Storm, or whoever.

A big-budget movie franchise, however, may not have a sequel for another two or three years. So if, say, Storm doesn’t get a defining character-moment in her first two live-action films, there’s every chance that she never will—and indeed, the Fox series never succeeded in capturing the resonance of the X-Men’s foremost heroine.

Rogue is another fan-favorite who suffered a downgrade in importance. The youthful mutant garnered a great deal of empathy in the first film thanks to her interactions with Wolverine. But because her powers are downgraded to the simple ability to drain the powers of others—rather than being able to use them herself, in contrast to the comics—Rogue just doesn’t have a lot to do here. To an extent, she’s used to set up the introduction of another “classic X-Man,” the Iceman. However, he too is limited with respect to his importance to the script, remembered mostly for the camoflagued pro-gay joke, “Have you tried not being a mutant?” X-MEN set up a possible conflict between Wolverine and Cyclops over their mutant love interest Jean Grey, but, as if to herald the series’ growing fetishization of Wolverine, Cyclops’ status as team-leader is played down, and his most forceful scene takes place when he’s under the control of one of the villains, attacking Jean with his eye-beams.

On the plus side, the script—from which many other characters and concepts were cut-- does give good scenes to Jean Grey, Wolverine (of course), Professor Xavier and new addition Nightcrawler. The latter’s opening scenes, in which the mind-controlled mutant attempts to assassinate the President of the United States, provides an excellent display of Nightcraeler’s atheletic abilities, and Cumming’s heavily accented Teutonic mannerisms never descend to the level of parody. Like its predecessor, X2 continues to explore the mystery of Wolverine’s origins, but the revelation is once more postponed. However, the villain Stryker uses his knowledge of those origins to offer Wolverine a devil’s bargain-- so that when Wolverine nobly refuses, the audience is put in the position of experiencing something of the character’s fictional frustration.

In a sense Professor Xavier is placed in the centermost position. As the mentor to the X-Men and the founder of the School for Mutants, he takes a meliorist position with respect to the ongoing conflicts of mutants and humans. As such, the professor becomes the focus of attacks from both sides—one from the pro-mutant faction, including earlier foes Magneto and Mystique, and the other a proponent of a “humans only” attitude. This version of Stryker, who’s responsible for all the mind-control missions seen herein, is more of a military hawk than a religious fanatic, but the script keeps the character’s reasons for mutant-hating essentially the same, as well as building up the role of Stryker’s mutant son Jason. Both factions seek to use Xavier’s technology to ace out the competing species, which brings back into focus the Holocaust imagery invoked in the first film. Indeed, in contrast to certain progressive works, such as US, Singer scrupulously avoids demonizing “normals” in order to prop up his vision of the alienated other.

Though many subsequent X-films talked the talk about reaching some rapprochement between humans and mutants, X2 proved a hard act to follow, both in terms of theme and heady special FX. By and large, most of the follow-ups fell into the bad habit of simply introducing new X-characters willy-nilly, with no long-term plans as to how the newbies would fit into the cinematic X-verse. Thus, instead of building on the Nightcrawler character with a new actor (Alan Cumming having refused to return), the next entry simply brought in versions of the Beast and the Angel, who also didn’t take on any consequential significance in the franchise as a whole.

Still, when X2 first came out, it seemed like it opened new cinematic doors. Instead, the nature of big-budget filmmaking just kept opening the doors and closing them again, as would be evident with the parallel problems of the MCU’s AVENGERS films.

Posted by Gene Phillips at 1:56 PM
Email ThisBlogThis!Share to TwitterShare to FacebookShare to Pinterest
Labels: combative adventures, the marvelous