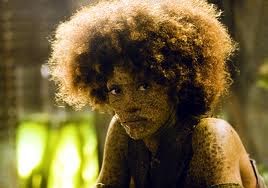 When I was a young science-fiction fan, I was often disgusted at the low quality of most SF-anthology shows, and constantly wondered why films and television didn't take more advantage of the prose SF-stories for adaptation purposes.

However, the six episodes of the Canadian-filmed series MASTERS OF SCIENCE FICTION have effectively cured me of any remaining bits of that early naivete.

Of the six stories adapted, all are by well-regarded "name authors" in the SF field. I've read three in prose form, and found them enjoyable in that medium.  However, all six are unforgivably talky, and though prose can get away with that approach, it scarcely ever works for filmed materials.  I assume that this TV-show's budget didn't allow for much more than talking-heads, but even with that caveat, the adaptation in terms of writing and directing is horrendously dull.

"A Clean Escape, " adapted from a John Kessel story, is a "war of minds" story, in which a psychiatrist duels with a patient with short-term memory.  It's little more than a sterile mental exercise.

"The Awakening," from a Howard Fast story, is SF tinged with vague religious overtones, but it does service to neither the themes of religion or science fiction.

"Jerry is a Man," from a Robert Heinlein story, is the one impressive story.  It's still a talking-heads tale, but Heinlein presented characters who were interesting in both their strengths and foibles, and its "thought experiment" aspects are presented with clarity and humor.  Not surprisingly, it seems to be the only episode in which the actors are sinking their teeth into the challenges of their roles.

"The Discarded," a Harlan Ellison tale, is at least colorful to look at, in that it concerns a group of mutants deformed by radiation, exiled from Earth in their own ramshackle spaceship.  The ending is telegraphed early on both in the short story and the adaptation.

"Little Brother," courtesy of Walter Mosely, is a tired retread of the "Big Brother" themes of George Orwell, except that this time, an interface between humanity and computer allows this version of "Winston Smith" to triumph.

"Watchbird,"adapting a Robert Sheckley tale, takes a strong premise and executes it in a tedious manner, complete with an overly ambiguous ending.

To date this series from the producers of the "Masters of Horror" has remained dormant.  As a SF-fan I tend to hope it will stay that way.
Posted by Gene Phillips at 3:45 PM
Email ThisBlogThis!Share to TwitterShare to FacebookShare to Pinterest
Labels: the marvelous