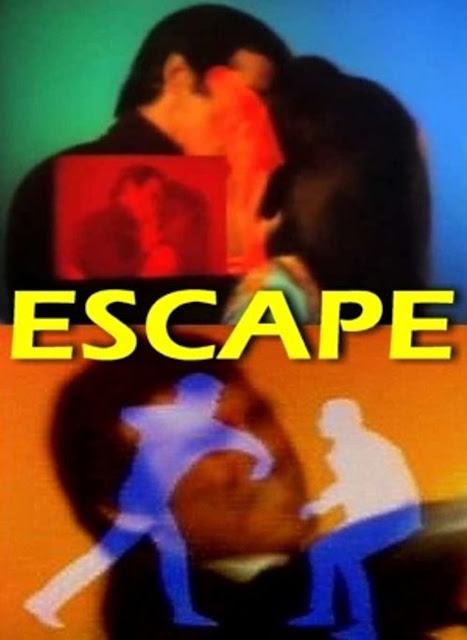 The producer of this failed TV-show pilot was Bruce Lansbury, best known for his tenure on two iconic sixties shows, MISSION IMPOSSIBLE and WILD WILD WEST, as well as having been associated with seventies favorites like WONDER WOMAN and BUCK ROGERS. ESCAPE, appearing at the cusp of the seventies, has a limited-animation credit-sequence reminiscent of WILD WILD WEST, and some of the action-scenes have the same feel, with star Christopher George performing (or seeming to perform) more physical stunts than he did in his previous series THE IMMORTAL. Yet the script spends a lot of time with mostly uninteresting side-plots, possibly so as to inject more star-power into the pilot, including such actors as Gloria Grahame, William Windom, John Vernon, William Schallert and even former "Bowery Boy" Huntz Hall.

Because of these side-stories, there's not nearly enough time spent with George's character Cameron Steele, a daredevil escape-artist who's turned into a private investigator, though on the side he runs a restaurant with his sidekick Nicholas Slye (an admirably straight-faced Avery Schreiber). Maybe scripter Paul Playdon, who had scripted several episodes of both of Lansbury's iconic sixties serials, didn't really have that much confidence in selling such an extravagant character. Whatever the reason, Steele comes off like a retread of James West, but without the smooth Bond-like style that Robert Conrad infused into the character.

Steele's opponent for his sole outing is "mad scientist" Charles Walding (Vernon), who has created a new form of virus that may be able to "zombify" humans, though this possibility is merely discussed, never seen onscreen. Charles has already got a hideout miles beneath an amusement park, and a coterie of paid thugs, but he decides he needs the help of his scientist-brother Henry (Window) to finish the research-- so he kidnaps both Henry and his daughter (Marlyn Mason). In the course of Steele's attempts to block Walding, he gets placed in situations where he can prove his great escape-mojo, when the villain could just have Steele killed off.

John Llewellyn Moxey directs this tripe adequately, but you don't see any trace of the skill he would bring to the table next year, when presented with the superior script for 1972's THE NIGHT STALKER.