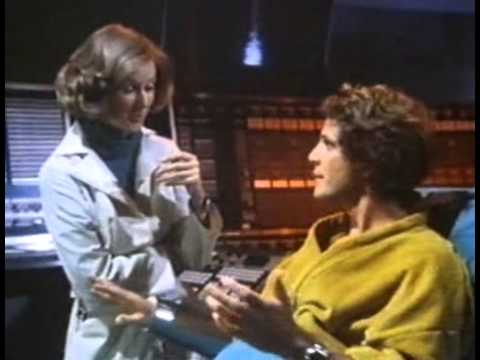 GEMINI MAN is one name for the ninety-minute pilot film for a short-lived 1976 series about an invisible government agent. There's a longer name for the pilot, but I don't feel like typing it.

The year before, the same production company had attempted to launch THE INVISIBLE MAN a series about an invisible do-gooder played by David McCallum. When that show tanked, the producers attempt to beat the invisible horse further by launching GEMINI MAN.

To be sure, the idea of a series about an invisible secret agent has some definite appeal, though not even the longest lasting one, the 2000-02 INVISIBLE MAN, quite tapped the full potential. Here it's clear that the series-makers have modeled their hero Sam Casey (Ben Murphy) on the affable model of Lee Majors' "Six Million Dollar Man." Like the Majors character, Casey comes from nowhere and has no particular aim in life beyond going wherever his bosses send him on his missions. Murphy delivers the goods in this respect, and the other cast-members do what's required of them but the idea of a kid-friendly world of international espionage didn't work this time. Even the introduction of a "ticking-clock" element-- Casey can only remain invisible fifteen minutes a day or he'll die-- failed to add any moxie to the pedestrian execution.

Posted by Gene Phillips at 3:16 PM
Email ThisBlogThis!Share to TwitterShare to FacebookShare to Pinterest
Labels: combative adventures, the marvelous